Yeah. Quitting is possibly one of the hardest things you can do, if you think about it.

I mean, we’re all pretty good at starting things, aren’t we? New projects, New Year resolutions related to work or health, courses, etc. We become enamoured with an idea and we decide to give it a go, because we think it’ll take us to a better place. We think it’ll make us happy, if only we stick with it long enough.

END_OF_DOCUMENT_TOKEN_TO_BE_REPLACED

A year ago to this day, I quit my job to pursue my dream of being a freelance writer.

It wasn’t an easy decision, but I was lucky to be in a position where I could launch into it with a certain amount of work (and pay) guaranteed each month. I realize that this isn’t exactly common and I’m grateful I’ve been able to benefit from it. It certainly eased my passage into self-employment.

END_OF_DOCUMENT_TOKEN_TO_BE_REPLACED

It might sound like a downer, but I think this is probably ultimately a good thing. Reaching a holiday destination after a long journey is such a great feeling. So is accomplishing a goal after putting in copious amounts of effort. I’m even going to venture that the satisfaction experienced (and how long it lasts for) is proportional to the length of the path travelled.

This is why every step matters.

END_OF_DOCUMENT_TOKEN_TO_BE_REPLACED

We all have goals, aspirations or at the very least, desires and wishes that we want to see come true one day. Some of these we work more or less hard for, others we sort of contemplate in an offhand but hopeful manner, waiting for something to happen of its own accord. A bit like wishing you might win the lottery, if you like.

END_OF_DOCUMENT_TOKEN_TO_BE_REPLACED 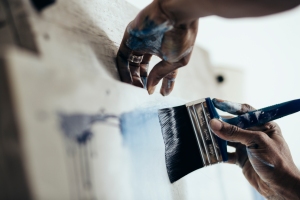 The world is filled with good intentions and abandoned projects… ever wondered why that is?

A very on-point post over at Raptitude made me realize that in order to change my bad habits, I really need to just get on with those tasks I’m perpetually putting off. So I closed Facebook and opened my blog and that helped, because now I’m writing this post. But this post isn’t about procrastination (while writing about procrastination can be useful, I can’t shake the feeling that I would be… well, procrastinating). It’s about improving concentration and staying on-topic, something I could benefit from every single day, no matter what I’m doing.

END_OF_DOCUMENT_TOKEN_TO_BE_REPLACED So a few weeks ago (more like a month, oops) I wrote about how I was quitting my job and starting a new life as a freelance writer and translator. I’ve had about four weeks of it now and I’ve already learned some important lessons along the way. Aside from the fact that admin sucks and that social media is some sort of evil, soul-sucking vortex just waiting to rob me of half my waking hours, I’d say the most important lesson I’ve learned is the following:

END_OF_DOCUMENT_TOKEN_TO_BE_REPLACED

I know I haven’t written a post in a while, but I kind of got stuck in a rut with those posts on Japan. While I really really loved Japan and I wanted to share my experience there with you, this isn’t really a travel blog… I kept feeling as though I’d strayed from what I wanted to achieve here and so I kept putting off posting something new. Part of me thought I needed to see the Japan diary posts through to the end, but another, bigger part of me just didn’t really want to do that right now. Maybe one day I’ll feel motivated again. But now I need to break free from that rut and do something else.

END_OF_DOCUMENT_TOKEN_TO_BE_REPLACED 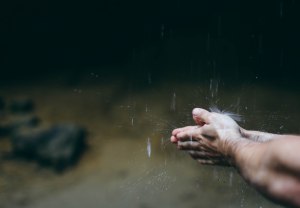 Around about the end of this past week, I reached a personal milestone. I stepped on the scales and realised I’d well and truly lost 10 whole kilos (22lb or 1.8 stone, if that helps) since I took matters into my own hands last February. I’d been a bit optimistic back then and hoped to have lost 20kg by October, but I realise now that that’s a asking a little bit much of my body (and putting myself at risk of gaining the weight back really quickly again). Still, 10kg is no small feat… imagine strapping 10 cartons of milk to your body and trying to run around! 🙂

Yet weight is a funny thing. I’m going to be totally honest, even though it’s hard for me, because this is a lifestyle blog and I feel I owe it to you… no less because you owe it to yourself to be honest about your own weight, if the situation requires it. I truly believe that’s how change happens, with a healthy dose of honesty.

END_OF_DOCUMENT_TOKEN_TO_BE_REPLACED

Most people like to make a list of their New Year’s Resolutions around, well, New Year… or at the very latest mid-January if they forgot to do it earlier. By then it’s usually accompanied by the slightly paralytic feeling that they may have missed their “starting slot” and therefore their changes won’t be as effective or won’t even work at all. It’s a convenient excuse not to even try. I know it is, because I’ve been guilty of it myself year after year. Or if I remember to write my resolutions at all, the drive to follow through usually peters out by February… same old, same old. *yawn*

It is now the end of July 2014. As I mentioned before, I am in the process of implementing (or at least experimenting with) several major changes in my life. Are any of them similar to the items on the list I probably wrote (and forgot about) back in January? Sure. I know which things I want to improve on, although I’ve since discovered several more. Did I make a list and try to tackle them all at once? Of course not. But now that the changes are happening, perhaps I will make a list, if only to clarify things a little in my own mind. Here goes: