Useful if you’re still unsure about your Camp NaNoWriMo project.

I just love that word – penultimate. In case you’re unfamiliar, it just means the second to last, which is today!

I am so, so excited, but there is still a lot of work to do on our stories before we can take off on April 1. Today, we’re going to focus on closing those plot holes and working out the kinks. At the end, I will also discuss mystery-specific tips and tricks to help organize all that important information you’ve gathered about your characters.

So, what exactly are plot holes? Simply, they’re anything that doesn’t make sense in your story. For example,

I’ve been having trouble writing the last few days.

In the middle of NaNoWriMo 2015, I’m struggling to sit down and make sense of what it is I’m doing. I’m typing and words are pouring out. I’ve got about 42,500 words, so only 7,500 words until I win (technically). It’ll be my NaNo record, finishing by day 19 or day 20. I already plan to carry on until the end of November, putting out as many words as I can…

… but will they mean anything?

I’ve always wanted to say things with my words. Sometimes, I want to say so much it stops me from writing altogether. I think to myself “that’s never going to do it justice” and I freeze and give up. Sometimes I never even start. Other people have called me out on it, but all I can do is shrug. What is the use of empty words?

Recently, I’ve been trying to teach myself that it’s impossible to say everything I want to say, in exactly the way I want to say it, in a single story. So I’ve pushed myself into starting one story that will hopefully contain some of the things I want to talk about. Sometimes I feel it does, but more often the sentences I type seem dry and meaningless. I will have to change them, I already know.

I wanted to call this post “How can we still write?” but realized that wasn’t the problem. Typing on a keyboard is an easy task, all things considered. I do it every day, for my work and for my own personal projects. It’s what comes out of that typing that matters.

What can we still write that truly matters? 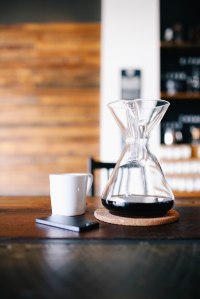 Some of you might be rolling your eyes… well roll away, eye people, because I’m going to do this anyway. 🙂

The answer to the question that is the title of this post might be pretty obvious to a lot of people. We eat to survive. We eat to fuel our bodies so that we can get on with the things that really matter in life, like sitting around on our bums tapping on our smartphones, or something (yes, I’m kidding… I don’t even have a smartphone).

But is that really the case, when you think about it?

END_OF_DOCUMENT_TOKEN_TO_BE_REPLACED 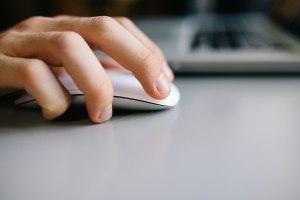 Well… I’d just spent about 2 hours writing an article intitled “Why Do We Eat”, filling it with many deep thoughts on food and humanity in general (life, the Universe and everything else… 42, blabla) and had clicked the “Publish” button in the bottom right-hand corner when, for some ridiculous unexplained reason (possibly the internet connection, possibly WordPress, possibly me clicking somewhere random, we shall never know) the entire thing vanished. Poof! Without a trace…

END_OF_DOCUMENT_TOKEN_TO_BE_REPLACED

One aspect of this blog I’m keen to develop is a collection of Weekly Recipes.I love cooking and eating and all things food, and I want to share that passion with you. But first, I felt that my current frame of mind regarding the production and consumption of food needed some explaining. So here goes.

As part of the Great Life Revolution of 2014 (more on that here), hubby and I have decided to treat ourselves to some aggressive saving (“treat yourselves?” you might ask, to which I would reply “yes, because after all we’ll only end up richer in the long run”). Among other things, this means cutting down on eating out. Eating out is one of my favourite things (the same goes for my husband) and so this is one of the aspects of our new frugal living that I thought I’d have a hard time coping with. Actually, it’s not so bad, although both of us admitted the other day that we really crave sushi.

The reason why I haven’t yet thrown down the proverbial dishcloth and enforced an outing to the nearest dining establishment (whether it’s any good or not is often irrelevant on those kinds of I-can’t-be-bothered-to-cook outings) is that I have steadily come to the following conclusions about making food and eating out: